“Remember, because sales of tobacco to those under 21 are already illegal, the only legal change this rule would cause is a ban on sales to adults.” ~ Jeff Stier

"…Now I’d like to propose another public health policy discussion that reasonable people with a wide range of ideologies should also agree upon, but this time, we’d evaluate a policy that should be widely rejected." https://t.co/DWFaSNk65x

THE MORE YOU KNOW // Nicotine Pouches

For more on nicotine pouches–a very low risk, harm reduction alternative for people who smoke, which are also under attack by tobacco control groups–please read this informative article in Vaping360 by CASAA director Jim McDonald.

READ MORE: Nicotine flavor ban: A lesson in why a bill should not become a law

DO MORE: If you live in New York, join the CASAA New York Facebook Group

On June 15, City Council will consider banning sale of flavored, low risk nicotine products. Because sale of ANY of these products is already illegal for those under 21, the ban would only legally prohibit sales to adults over 21!

Don’t miss CASAA president Danielle Jones ( @RubrDuckyUrThe1) and CEO Alex Clark ( @Hello_Alex) on the venerable Grimm Green’s show. Can the universe handle THAT much CASAA…? Tune in to find out!

Could it be because vapers are more likely to know the TRUTH about harm reduction, while people who still smoke are bombarded almost daily by anti-harm reduction propaganda? Maybe if they stop lying about lower risk products, MRTP claims would be more likely to influence them? https://t.co/JJHKE33XQ4

A Canadian study–using notoriously unreliable cross-sectional/self-reported data–downplays finding vapers are less likely (19%) to report asthma than people who currently smoke (20%) or even people who had quit smoking (33%). The study also doesn’t disclose whether or not they asked subjects if they were smoking and then switched to vaping BECAUSE of their asthma. Which came first? The vaping or the asthma? It’s an important factor to know!

And let's remember what ex-smokers who have switched to nicotine vapes ("e-cigarettes") tell us about their overall health, lung infections, asthma, and even dental health.

Study worries about “youth exposure” to favorable tweets about mango, mint & cucumber JUUL flavors.  Yet, JUUL pulled those flavors in the US and countries where they’re still sold somehow haven’t had a “teen epidemic.”

COMMENTARY // US “Moral Panic” Over Juul

“Juul was cutting deeply into the cigarette trade until a moral panic gripped America about youth use of these products. Then e-cigarettes were demonised through a huge anti-vaping campaign focused on banning e-liquid flavours and raising taxes….”

READ MORE: Clive Bates: “We must restore the confidence of consumers lost because of misinformation”

“Opponents of vaping often point to the dearth of research on its chronic health effects as a first line of criticism,” but are still “simultaneously making [unproven] statements about the future” health of people who vape.

Health Risks Of #Vaping: Let's Stick To The Science And Speculate Less
by @Camjenglish https://t.co/0sJlntg0wf

Smoking rates increased during California COVID lockdowns, possibly because of stress and no smoking restrictions at home, but why didn’t vaping rates also increase? Were people going back to smoking because of California’s anti-vaping policies?

How did they control for the effect of people being scared off of vaping from sensationalized media reports of the misleadingly-named EVALI & the disinformation campaigns from the state government and all parts of the UC system?

According to anti-nicotine groups like Campaign for Tobacco Free Kids & Truth Initiative, these men were all “brain damaged” by nicotine use. Meanwhile, scientists are reporting nicotine therapy can help people with neurological diseases & brain damage (without causing addiction or withdrawal.) 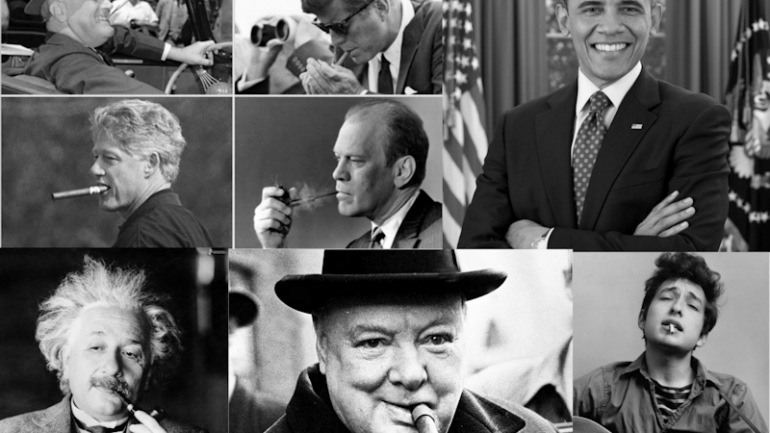 IN THE NEWS // C-store Vapor Product Sales Up

IN THE NEWS // Exposing Media Bias

News outlets should stick to reporting the news and not editorialize on issues for which they don’t have all of the facts.

Banning far safer alternatives to smoking–especially if your state has areas where teen smoking rates are still 17%–is NOT a good idea!

READ MORE: It’s past time for the FDA to ban flavored cigarettes and e-cigarettes

IN THE NEWS // Exposing Prohibition Tactics

Journalists with undisclosed ties to anti-nicotine zealot Mike Bloomberg have only an ad hominem attack on alleged past funding & the FALSE claim that the scientifically peer-reviewed research was “disproved” as so-called “evidence” for dismissing the scientific research. Additionally, the journalists ignore similar studies that have found verifying results.

Authors of BMJ article have NOT disclosed funding from Bloomberg via Univ of Bath. FOIA document: https://t.co/60v3krbzhr
My response titled "False and personally damaging allegations made by journalists with undisclosed conflict of interest" still not published. Editors notified

Bloomberg should immediately hire witch hunters to discredit the German scientists who dare report that smokers were 72% less likely to be diagnosed with COVID-19 in Essen… This battle is between science and public health disgrace…https://t.co/hpatDfhlnf