HB 2682 is a reasonable licensing scheme for vapor businesses! This bill would also make certain decisions about nicotine regulations a state-level matter. It’s now moving to a House vote & your voice is vital to supporting it! As you can see from the tweet below, the anti-vaping faction is actively opposing it, so vapers need to speak up in support!

Today, the Arizona Senate passed HB 2682, which is supported by tobacco companies. The bill is disguised as a law to help curb the youth vaping epidemic, but what HB 2682 actually does is help tobacco companies skirt accountability for addicting the next generation to nicotine. pic.twitter.com/zBUXId71OG

DO MORE: If you live in Arizona, join the CASAA Arizona Facebook Group

Rep. Krishnamoorthi (D-IL) reintroduced his END ENDS Act—a federal bill that would cap vaping nicotine at 20 mg/mL, with the baseless, unscientific claim that it will make them “less addictive” (but it will make them be less effective for adults.)

“The majority of e-cigarette users are youth and young adults, who have both been targeted by vaping companies and are most vulnerable to the potential developmental issues associated with nicotine addiction,”
What about these OLDER adults? pic.twitter.com/qZbcMqS2WE

Good news! Governor DeSantis signed SB1080 into law, which makes Tobacco 21 a state law AND preempts local governments in Florida from passing tobacco/nicotine laws that contradict or are more strict than state laws.

Survey shows 3 out of 4 teens who vaped did NOT go on to smoke cigarettes, but focus on those who did to justify nicotine caps & high taxes. They also assume those teens wouldn’t have gone straight to smoking in the absence of vaping. Correlation does not prove causation!

Researchers find that many medical students correctly believe that nicotine vaping is lower risk than smoking and that it helps people quit smoking, so “awareness campaigns should be implemented” to convince them otherwise.

Medical student survey showed many believe vaping is safer. But the study authors were alarmed by their ignorance of vaping dangers such as
"delayed cessation among smokers, increased nicotine poisoning & secondhand smoke & a gateway to tobacco smoking."https://t.co/HbepFT7CW1 pic.twitter.com/6lQhqLBzau

READ MORE: Knowledge and Attitudes Among Medical Students Toward the Clinical Usage of e-Cigarettes: A Cross-Sectional Study in a University Hospital in Saudi Arabia

“The iron rule of tobacco control mythology is that the tobacco industry and public health must always be in a fundamental and irreconcilable conflict.” ~Clive Bates

READ MORE: Why Japan’s Huge Drop in Smoking is a Story Prohibitionists Ignore

Nicotine gum was created as “a tobacco substitute for oral use” with “suitable doses of nicotine” to “prevent the user from being exposed to the many harmful constituents of tobacco smoke,” and one of the first flavors was chocolate/mocha. Sound familiar? Read on for an interesting and very relevant backstory of the invention of nicotine gum (as a smoking harm reduction product!)

Ove Fernö, inventor nicotine gum, created it NOT as an nicotine "addiction" therapy, but as "a tobacco substitute for oral use" with "suitable doses of nicotine" which would "prevent the user from being exposed to the many harmful constituents of tobacco smoke."

Despite the rhetoric, it is apparent that the emergence of tobacco harm reduction products such as e-cigarettes has helped to reduce young adult smoking.”
~Lindsey Stroud

Alabama’s Barbara Drummond (D-Mobile) says it’s the “simple truth” that nicotine vapor products “are dangerous, highly addictive, and they are killing our young people.” Except her claims are really the opposite of “the simple truth.”

EVALI article goes without one single mention of illicit THC vapes, instead focusing on nicotine products. Panagis Galiatsatos, director of the Johns Hopkins Tobacco Treatment Clinic, blames first “poorly regulated manufacturers and mom-and-pop shops” and now “bigger brands like JUUL,” despite the fact that neither the nicotine vapor products sold in mom-and-pop vape shops nor JUUL products have been linked to the outbreak.

If even vaguely interested in the facts, may I suggest a glance through here which includes comments from ex FDA commissioner Scott Gottleib and many others that are scathing of how 'Evali' was reported upon along with the inadequate CDC response.https://t.co/TEQVhYZ3re

“You might feel like David in a fight against Goliath because propaganda is a tool of those in power and on top. But remember – David won that fight.”

Don’t stop telling people that #VapingSavesLives & together our voices are stronger! 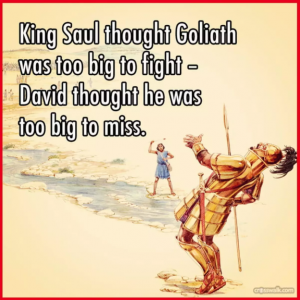 READ MORE: How to Defeat a Propaganda Campaign

Have you joined your CASAA State Facebook group yet? Check it out now! Click the link below, click on your state on the map, then click the Join Now button to go to your state’s group page. It’s as easy as that to stay updated on local happenings, meet local advocates and never miss a Call to Action in your state!