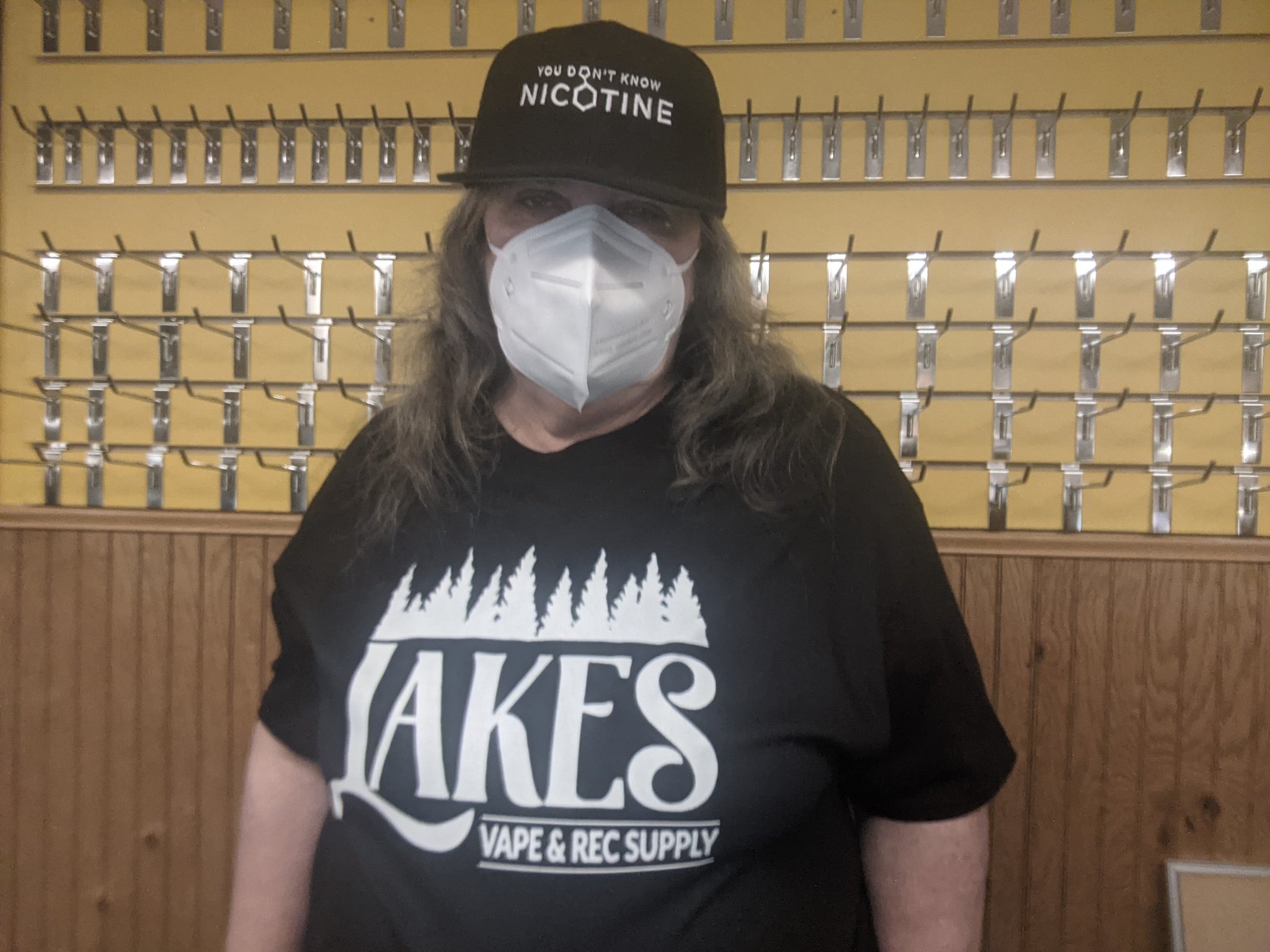 Arguing for a statewide vaping flavor ban, president of the Association for Nonsmokers-MN cluelessly claims that “You don’t find some 50-year-old guy going out and buying ‘Unicorn Juice’ to vape. That’s not the target audience.”

If you pass a Flavor Ban in the State of Minnesota @GovTimWalz than who will tell these people who All Quit Smoking with Flavors. Please enforce the T21 laws. If there are teens vaping they are Breaking The Law! The Adults are Law abiding citizens who deserve a 95% Healthier Life pic.twitter.com/oYoq8Psm1V

SB224/HB105–bills reportedly being passed to prevent littering of cigarette butts–inexplicably does NOT prevent “the adoption of municipal or county ordinances that impose more restrictive regulation” on smoke- and butt-free vaping.

It’s never been about an income. It’s always been about helping people….We always catered to the low-income, the disabled and the elderly…”
~ Skip Murray, Owner and Advocate

“All of our folks who live in multi-family housing have the right to a healthy lifestyle,” said council vice president, Nelson Esparza.

Clearly that “right” doesn’t include folks who have quit smoking with low risk vapor products.

Opinion: this ordinance will be deemed unconstitutional every person has a right to privacy under the constitution of the Bill of Rights. People don't like politicians telling people what to do .
No Smoking, Toking, or Vaping in Fresno Apartments? https://t.co/kRbfI1pTBY

A flavor ban took effect Jan. 1st, putting local shops out of business. Some are fighting back with a petition to put the ban to voters, but they need more signatures.

Banning things always works! See how well the war or drugs is going! Prohibition was a smashing success too.

Study finds that “despite having higher levels of nicotine,” exclusive smoke-free tobacco users had “significantly lower concentrations of inflammation and oxidative stress biomarkers…similar to those of ‘never’ smokers.”

Past studies have found that smoking actually carries a higher risk of head and neck (oral) cancers than smoke-free tobacco. With this new study, the claim that smoke-free tobacco is overall a reduced risk alternative to smoking has even stronger support.

Study co-author proclaims the menthol flavor ban “effectively reduces both menthol and overall cigarette sales,” but his study had a huge limitation: “cross-border or online cigarette sales in Massachusetts were not accounted for.” Additionally, non-flavored cigarette sales increased disproportionately compared to the other states after the ban.

That’s pretty cool, no pun intended. Many Massachusetts smokers buy in New Hampshire (much cheaper), interested to see if there was a significant increase in menthol purchases in NH. Probably not significant, the drive is too far for most.

IN THE NEWS // China Goes After Vapor Products

"In its current form the legislation will have a massive influence on the industry both domestically and internationally, but not all in a good way." – John Dunnehttps://t.co/IcKZcVrYGf

“With thin evidence of Califf’s intentions for an agency that has never made tobacco control a massive priority, industry insiders, experts and harm reductionists are left with the difficult task of guessing what he might do.”

While evidence of Dr. Robert Califf's intentions is thin, past indications leave most in the tobacco harm reduction field assuming that their uphill battle will only get steeper, reports @Alex_Norcia: https://t.co/Kv94Wd4Ga8

This person’s story demonstrates that millions of people who still smoke deserve to know the truth: that being “stuck on [vaping] as a harm-reduction method, not a step towards kicking the habit” is NOT a failing.

Helpful insights here from a person who smokes tobacco yet knows it’s harmful. The readers responses are also worth a look. “Confessions of a die-hard smoker” https://t.co/xt8zJ977Qb