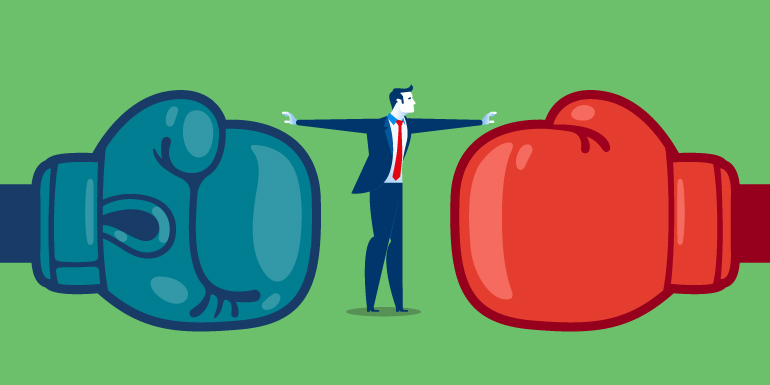 If anyone is taking suggestions for the most underreported story of the past six months (and the months that follow), CASAA would like to nominate “The Growing Number of Seasoned Tobacco Control Professionals Questioning the Unrelenting Attack on Vaping and THR.”

The latest entry into the chorus of people challenging the near-puritanical approach to tobacco and nicotine policy comes from Clifford Douglas, J.D., formerly the American Cancer Society’s Vice President for Tobacco Control, and founder and director of the ACS’s Center for Tobacco Control.

By way of background, Mr. Douglas made a career out of his passion for helping underserved communities and society at-large confront the epidemic of smoking. His involvement in tobacco control began in the mid-80s, shortly after the already entrenched anti-tobacco forces snuffed out an ad campaign for making what they claimed to be a modified risk statement about Skoal smokeless tobacco (“Take a Pinch instead of a Puff,” 1984). As noted in his letter, Mr. Douglas has devoted 33 years to this cause.

Some in the vaping community may remember Mr. Douglas for his role in updating the American Cancer Society’s position statement on e-cigarettes (“ACS to Clinicians: Vaping is an acceptable last resort…” CASAA, 2018). The update is still regarded by many as a partial endorsement of vaping as a safer alternative to smoking. But, as CASAA noted at the time, while the tone of the ACS position seemed to offer an approving nod to safer nicotine products, ACS’s lobbying efforts continue in support of place bans, higher taxes, banning flavors, and raising the minimum sales age. In short, the update was merely a slight change in tone without adjusting the underlying support for policies that are currently harming millions of people.

… because of persistent negative coverage of e-cigarettes, coupled with policy
responses banning e-cigarettes or, more commonly, all flavors in e-cigarettes, we are seeing the continued shift of the nicotine market back to cigarettes, with lethal ramifications.”

One event providing inspiration for Mr. Douglas’s letter, “It is Time to Act with Integrity and End the Internecine Warfare Over E-Cigarettes,” is his experience of seeing a family member switch from vaping back to smoking out of fear generated by the 2019 lung injuries attributed to “vaping.” More specifically, the intentional conflation of tainted THC cartridges, manufactured and sold in an underground (informal) economy, with nicotine products sold by legitimate businesses to millions of customers around the world.

The conflation in news reports and shading by some public health organizations and advocates of the distinctions between youth vaping and the lethal vaping episodes linked to THC and vitamin E acetate engendered widespread fear, leading some people back to cigarette smoking.”

Notably, the lung injury cases were almost exclusively located in the United States and reports of new injuries stopped shortly after Vitamin E acetate in illicit THC cartridges was identified as the likely culprit. It is certainly also worth noting that even after FDA issued it’s warning to the public about specifically avoiding THC cartridges purchased from informal sources, the ACS and others in the space did nothing to amplify FDA’s warning, nor did they issue their own clarifying statements regarding the true source of harm. Instead, the tobacco control establishment deferred to the CDC as it held out on updating its warning to consumers – for four more months.

To my friends on both sides of the internecine divide over tobacco harm reduction, I'm pleased to share my brief, personal commentary calling for collaboration, honesty and integrity on the part of all stakeholders. Please feel free to share it. Thank you. https://t.co/mg3SvSNW9Y

Mr. Douglas’s message includes a requisite defense of all the ways the anti-smoking movement has provided resources to people who smoke as part of an overall campaign of improving population-level health. He offers this as a “partial rejoinder to the accusation from the vaping community that mainstream tobacco control only cares about kids.” While it is certainly true that helpful products like NRT and support resources like quit lines are the culmination of countless hours and billions of dollars of research, development, and promotion, the same amount of attention is not being given to policies that narrowly limit people’s options to the aforementioned approved products. Instead, the vaping community is being forced to watch, for years, as flashy misinformation campaigns and stricter regulations send our friends, families, and people we met at the vape shop back to cigarettes. The net harm to public health resulting from the unrelenting defense of the status quo is inexcusable.

… the cigarette market is now in a much stronger position than expected and this is at least partly a consequence of the wholesale demonization of e-cigarettes in the interest of protecting youth without regard to the larger consequences for addicted adult smokers.”

It is certainly fair to say that vaping and THR consumer advocates have employed tactics and rhetoric intended to grab attention and, in some cases, raise the temperature of the debate. While it is possible to catalogue all of the examples in which vaping advocates cross the lines of civil debate, that may be for another post. For now, it should suffice to say, “Yes, we can do better. There is always room for improvement.”

The timeline is very important here, and those within tobacco control who are interested in addressing the points discussed by Mr. Douglas (and others) would do well to establish why the community can be impatient and angry.

Mainstream public health in the U.S. has effectively characterized vaping as just another version of “tobacco use,” in the process essentially but misleadingly equating the health effects of vaping with those of smoking.”

2009 is regarded by many as the opening salvo in the war against e-cigarettes and other novel nicotine products. In the run-up to the Soterra, Inc. (dba: NJOY), Smoking Everywhere vs. FDA lawsuit over how nicotine vapor products were being marketed, FDA commissioned a study (FDA “Evaluation of E-cigarettes”, 2009) on two brands of e-cigarette cartridges. Published in May of 2009, the commissioned report and FDA press release warned of exposure to harmful chemicals in e-cigarettes. But these materials failed to contextualize the study findings, which under any other circumstances would be considered promising. Indeed, NJOY commissioned a review of the FDA report in July 2009 which found inconsistencies in the study protocols and the notable omission of certain details and comparisons with an approved nicotine replacement therapy. The conclusion: the vapor products tested did not expose consumers to harmful levels of the chemicals detailed in the FDA report. The chemicals in question are present in levels orders of magnitude lower than found in cigarettes, and are similar in concentration compared to NRT.

While the report and press release were picked up by media outlets and featured in preambles to state and local laws, the refutation received little if any attention. Certainly not by FDA. This episode is part of a pattern of misinformation about vapor products that rapidly grew to include the absurd comparison of e-liquid to antifreeze and the oft repeated implication that vaping is just as (if not more) harmful as smoking. This one event is important because it is a cornerstone of how we are forced to interact with one another throughout this debate. As a consequence of FDA’s aggressive intervention and misinformation in 2009, the relationship between consumers, industry, and public health is, by default, adversarial.

The twisting of the 2019 lung injury event into an anti-vaping campaign is clearly not the first instance of this type of strategy being employed by the tobacco control community–It’s just the worst and most recent. But unlike the 2009 Minnesota vapor tax or the 2016 enactment of Tobacco21 in Hawaii, we can measure the consequences of this extreme misinformation campaign almost immediately. Declines in cigarette sales have plateaued just as states and municipalities are banning flavored products. Residents are driving out of states like Massachusetts and Rhode Island to New Hampshire and Connecticut to purchase flavored products. New Yorkers are driving to parking lots or tribal land. In the worst cases, people are just returning to smoking.

Yet, in the face of near-immediate feedback demonstrating the likelihood of net-negative outcomes, anti-tobacco harm reduction activists are pushing forward.

The facts for which I was simply a messenger threatened the narrative against e-cigarettes – an inconvenient truth suggesting that efforts to marginalize or even eradicate e-cigarettes in order to protect kids is now leading to more smoking than otherwise would have occurred.“

CASAA acknowledges that there is more to changing a person’s mind than simply presenting them with facts and evidence. As some have described, openly questioning policies championed by established tobacco control organizations involves potentially losing relationships with colleagues that have been built over decades. There is a tremendous amount of pressure on people in the tobacco control community to “tow the company line,” and consequences for deviating from the prescribed messages may be exile.

It is likely that more people associated with the tobacco control community share the thoughts of Mr. Douglas and others who have come forward in support of tobacco harm reduction. CASAA urges anyone whose conclusions align with Mr. Douglas’s to publish their own letters and op-eds opposing the harmful regulation that vapor consumers and businesses are being subjected to.

Instead of asking how we can bridge the divide between people who use low-risk nicotine products and public health activists, the real question is: how many more people does the community have to watch go back to smoking before our collective experience carries as much weight as Mr. Douglas’s?