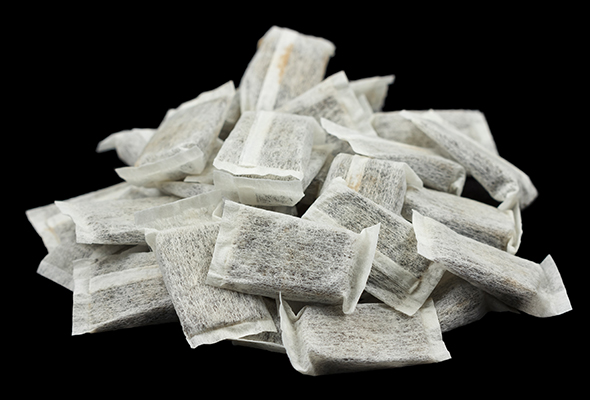 What is Smokeless, or Oral Tobacco?

As the name implies, smokeless, oral tobacco products are not burned. They contain leaf tobacco or non-tobacco plant material infused with nicotine, and are used by placing pouches or pinches in the mouth, allowing the nicotine to be absorbed through the lining of the mouth at a continuous rate until it’s removed, similar to how nicotine gums and patches work.

What are the types of smokeless products?

Worldwide, smokeless tobacco comes in many forms, but in the United States there are four primary categories of products:

“Chew” or Chewing Tobacco is shredded tobacco leaves and stems sold as plugs, twists, or loose-leaf. It is heavily flavored and sweetened, is usually placed between the gums and cheek, and produces a lot of “juice” and thus requires spitting.

Moist Snuff or “Dip” is made from fire-cured tobaccos which are fermented and ground up, and then sold loose or in pouches. Moist Snuff is sold in flavors, however it is not sweetened. Users place a “pinch” or a pouch inside the lower lip between the cheek and gum and usually requires spitting.

Swedish Snus (pronounced: snoose) is a version of Moist Snuff developed in Sweden that is pasteurized, rather than fermented, and therefore has a different flavor than American styles of Moist Snuff/Dip. Snus is available in many flavors and is also sold loose or in pouches, and is placed inside the upper lip (instead of the lower lip), and generally does not require spitting.

Nicotine Pouches are almost identical to snus in form and use, but they do not contain any tobacco, and instead use non-tobacco plant matter infused with nicotine and flavorings.

Why do people use smokeless tobacco?

Before the invention of the cigarette rolling machine, which made smoking cheap and popular, smokeless tobacco was the most widely used tobacco product because of its convenience. Many people today prefer smokeless tobacco because it is discreet (snus doesn’t require spitting), convenient, available in a variety of flavors, and it delivers nicotine with dramatically lower health risks than smoking.

Oral tobacco is comparable to nicotine replacement therapies (NRT), like patches or gum, when it comes to quitting smoking. Like NRT, it provides a slow and steady dose of nicotine which can help people avoid the uncomfortable aspects of withdrawal from smoking. Plus, some products can be used virtually anywhere.

Smokeless tobacco products in some parts of the world (e.g., southeast Asia and India) often contain significant amounts of non-tobacco ingredients. Products such as gutka, ghutka, and betel quid, present significant risks to health, and CASAA does not consider them reduced-risk products. In the United States, all smokeless products except powdered “dry nasal snuff” are considered harm reduction products. Powdered “dry nasal snuff,” which is designed to be sniffed or inhaled, is not considered to be a harm reduction product due to its significantly increased risk of mouth and throat cancer compared to other forms of smokeless tobacco.

Why have I heard that smokeless tobacco causes cancer?

A careful and critical review of 50+ years of epidemiological research on smokeless tobacco users shows the health risks are very low. The prevalence of diseases like oral cancer, heart disease, and dental issues among people who use smokeless tobacco (who do not smoke) is virtually the same rate as people who don’t use any tobacco products at all. In short, using smokeless oral tobacco does not increase your risk of developing cancer or other diseases typically associated with tobacco use.

Most of the misinformation associated with smokeless tobacco in the United States comes from a single study published in 1981 that found an increased risk of cancer in women who used powdered “dry nasal snuff.” As previously stated, CASAA does not consider powdered dry nasal snuff to be a harm reduction product. However, the author of that study (and the medical establishment forever after that) conflated the risks of that one niche product to ALL smokeless tobacco products. This is how the myth was born.

Why should we take your word for it?

Don’t! For several decades Brad Rodu, DDS in oral pathology, has been the leading scientist on the use of smokeless tobacco and health. He delves into the details on the facts and myths about these products.
Read More

The myth has further perpetuated in the zeitgeist due to the misguided beliefs of some famous American baseball players. You may be familiar with the stories of Tony Gwynn, Curt Schilling, and perhaps even Babe Ruth. It’s been reported that all these men developed cancer from using smokeless tobacco, with Gwynn and Schilling both publicly stating this as fact. The reality is, while both men may have believed their cancers came from smokeless tobacco, that doesn’t make it true.

In other parts of the world a similar conflation between traditional smokeless tobacco and the gutka/ghutka/betel quid/paan masala products used in India and southeast Asia have been used by organizations like the World Health Organization (WHO) to misrepresent the health risks associated with all forms of smokeless tobacco.

The risk factors most highly associated with oral/throat cancers are excessive alcohol use, cigarette smoking, and the human papillomavirus (HPV) infection. Not smokeless tobacco.

We know from decades of research that smoked tobacco products pose a far greater risk to health than smokeless products. Yet, anti-tobacco activists are crusading for a “tobacco-free world.” Regardless of the science, anti-tobacco campaigns exaggerate the risks of smokeless tobacco, and downplay or ignore research that challenges their opinion. Acknowledging the complexity of some tobacco products being safer than others dilutes the anti-tobacco message that abstinence is the only solution.