NATIONAL: (CALL TO ACTION!) Fight to Keep Vape Mail Legal! Tell your lawmakers to reject S.1253. This bill would prohibit the U.S. Postal Service from accepting packages of vapor products for delivery and raise the cost of purchasing vapor products by $15-$20 per shipment for millions of adults who don’t have access to vape shops!

Online bans may seem “reasonable” to reduce teen purchases, but only 5.7% teens surveyed vaped daily. Meaning most teens didn’t actually purchase products, but instead just tried a friend’s. And smoking rates are highest in poor/rural areas – where cigarettes are plentiful, but vape shops are rare!

NEW JERSEY: (CALL TO ACTION UPDATE) A.3178 and S.3265 did pass in committees today but IT’S NOT OVER! This may need to pass other committees first and still has to pass a vote in the full Assembly/Senate. Keep up the pressure on your lawmakers!

EDITORIAL: (Steve Forbes) “The War Against E-Cigarettes Is Profoundly Wrong”

“Vaping has enabled countless numbers of smokers to give up cigarettes and countless others not to take them up in the first place, thereby saving millions of lives.”

The War Against E-Cigarettes Is Profoundly Wrong

ADVOCACY: (ALBANY, NY) The proposed ban of flavored vapor products is defeated, likely until next year! Majority of citizens who turned out were harm reduction advocates and businesses speaking in opposition to the ban. Thank you for taking action!

US POLICY: Senator Rand Paul eloquently tells HELP Committee “We really ought to ask the question and seriously look at…are lives being saved from vaping? I think there are estimates that hundreds of thousands of lives have been saved over the past 12 years from vaping instead of smoking.”

ADVOCACY: (MASSACHUSETTS) Join the citizen RALLY against the state’s war on vaping at the State House on Monday, November 18th @ 12 – 3 PM! 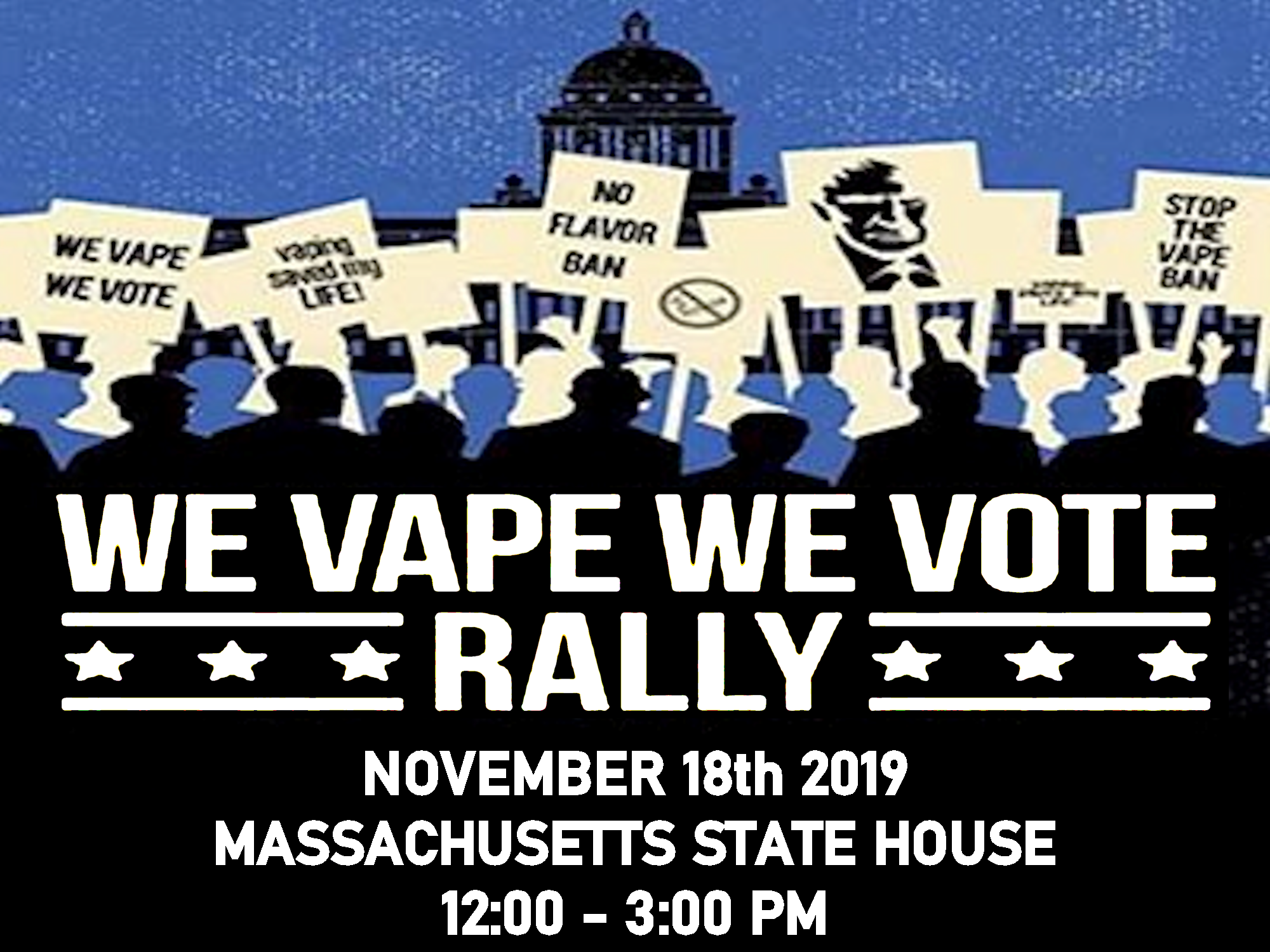