IN THE NEWS: President Trump supported FDA taking “strong action” against the vapor product industry on Wednesday as HHS Secretary Azar announces “all flavored e-cigarettes other than tobacco flavor would have to be removed from the market.

On Friday, the President sent a tweet that seemed to soften his stance:

While CASAA found the President’s tweet encouraging, we urge advocates to keep making calls and tweeting the President, specifically about how flavors are important to them, and continue to do the national Call to Action to federal lawmakers: Vaping Prohibition is On the Table in Congress!

RESEARCH: Preliminary data shows youth smoking DOWN to 5.8%, once again shattering claims that youth vaping leads to smoking. Vaping “even one puff in past 30 days” now at 27.5% – which is not a surprise with all of the anti-vaping orgs telling youth how “tasty and easy to hide” they are. 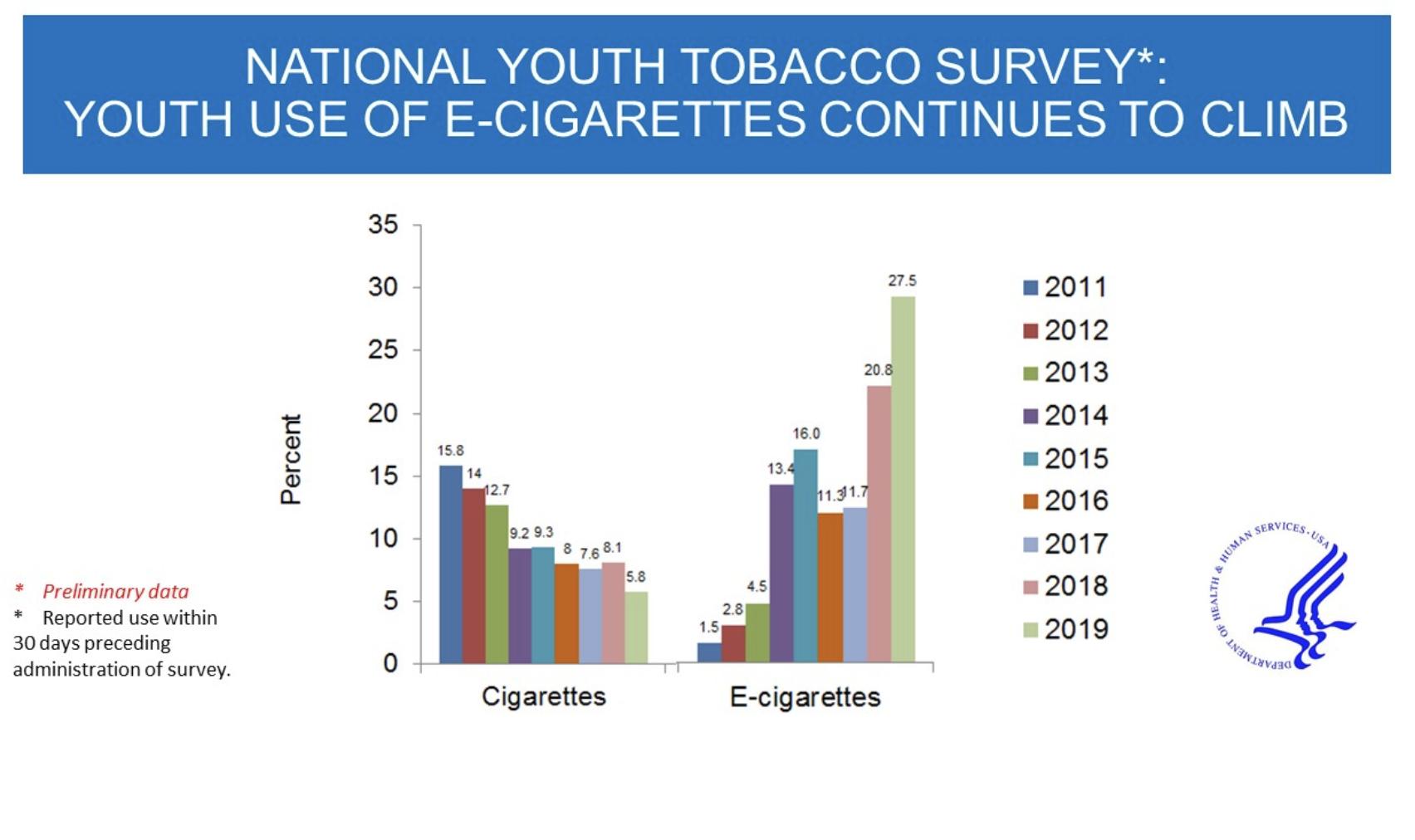 “Helping these customers to save their own lives has been the most rewarding experience of my life.”

CONNECTICUT: (HEADS UP!) Officials are calling for a ban on nicotine vapor products after six deaths were believed to be linked to vaping products sold on the street and black market containing THC and oils. Officials choosing to ignore the discrepancy.

“The administration has decided that if some teens are going to illegally vape liquids with names like Fruity Hoops, well then, no one can. ”

A Vaping Ban Will Send Smokers Back to the Pack–Banning safe e-cigarette products could reverse the decade long decline in smoking rates.

Opinion | A Vaping Ban Will Send Smokers Back to the Pack

IN THE NEWS: Banning flavored e-cigarettes might cost Trump reelection–2020 wouldn’t be the first time that vapers organized to support or defeat a candidate for elective office.