RESEARCH // Who is Advertising to Teens?

A new study confirms the negative consequences of anti-vaping propaganda that CASAA has been warning about for years–finding that images of “kid-friendly” vapor product flavors and teens vaping “appeared to heighten vaping appeal.” 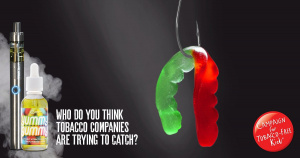 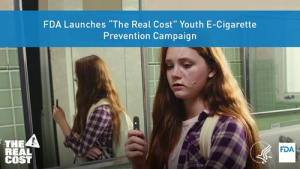 RESEARCH // Changing for the Worse

An American Cancer Society study finds that public perception that vaping is more harmful than smoking rose from 6.8% in 2018 to 28.3% in 2020, which increased smoking 2019-20. Yet the ACS press release still doesn’t quite admit that perception is wrong.

AROUND THE WORLD // Mexico Bans Sale of Vapor Products

Thanks to lies told by the World Health Organization, the president of Mexico was persuaded to ban the sale of thousands of low risk products helping adults quit smoking (most of which contain no tobacco) for World No Tobacco Day, while deadly cigarettes are still sold everywhere. WHO then presented the president with an award.

On the day the President of Mexico bans e-cigarettes in the country, he wins a WHO award.
Go figure. https://t.co/ihvYPbBqrs

Due to a moral panic over teens trying low risk vaping, adults in Portland and Brunswick, ME–who quit or might have quit smoking deadly cigarettes with pleasantly flavored vapor products–can now only buy vapor products that taste like cigarette tobacco.

Great op-ed in @MainerNewsCoop against a Maine flavor ban.
"But screw the adults, let’em croak early; This is about saving children, and what monster could be against that?… The faddish follies of children now delineate the rights of adults in the U.S." https://t.co/QpcweTJEzO

LA Council voted 12-0 to ban vaping and tobacco products in flavors other than “tobacco.” As in other cities, the ban is based on anti-vaping org lies about “hooking kids,” smoking gateway, etc. It now goes to Mayor Eric Garcetti for his signature.

IN THE MEDIA // TV Doc Lies About Vaping

Dr. Saju Mathew (@drsajumathew)–a health commentator on CNN–lies to the public about vaping risk for “popcorn lung” and invents something he calls “chemically manufactured nicotine,” implying that it’s more addictive than “natural” nicotine. No causal link has been made between vaping and popcorn lung, and nicotine is the same chemical whether it’s lab-made or extracted from tobacco.

Furthermore, vapor products ARE regulated by the FDA. If anyone complained they’d been harmed by a vapor product, the FDA has clear authority to order the products be pulled from store shelves. In fact, the agency has already done so without any consumer complaints.

A good number of my patients vape. Some transition from smoking cigarettes by #vaping. It’s not regulated by the FDA & the products usually contain chemically manufactured #nicotine, which is highly addictive. Also reports of #popcornlung has been linked to vaping.

Unsurprisingly, he chose to block anyone who criticized him for spreading misinformation about vaping rather than engaging in any kind of discussion. 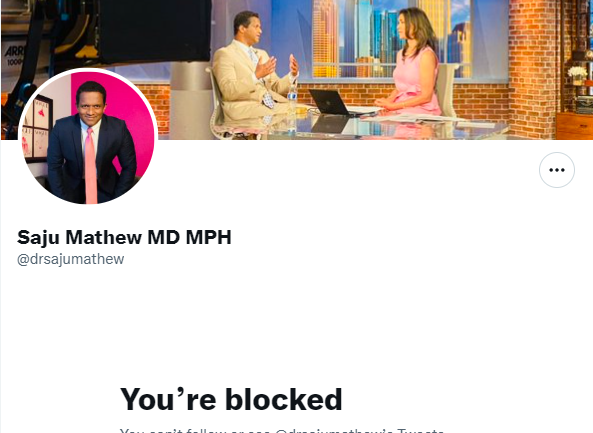 “This blind spot in tobacco control is costing lives—millions of lives—every year. The right to control one’s health and body is at the core of tobacco harm reduction. It empowers people to make safer choices.

We desperately need an alternative narrative to the dominant tobacco control view that harm reduction can only be about protection from tobacco.”

READ MORE: The Right to Health Means the Right to Tobacco Harm Reduction

“Regulatory regimes that are tougher on the alternatives to cigarettes function as anti-competitive barriers to entry. Sound regulatory practice requires efficiency, transparency and predictability with burdens proportionate to risk. Unfortunately, the premarket tobacco product application process by which safer products must enter the market to compete with cigarettes is astonishingly expensive and opaque and fails any test of proportionate regulation. It functions to protect the cigarette trade and concentrate the vape market into a monoculture of uninspiring products. This is partly the law itself, but much is down to how the FDA has interpreted its responsibilities under the law.”

READ MORE: What lessons should regulators learn from the United States?

Melodie was unable to quit smoking for 30+ years. After she developed COPD and required oxygen therapy, she tried vaping. Now she’s been smoke-free and healthy for 8 years! 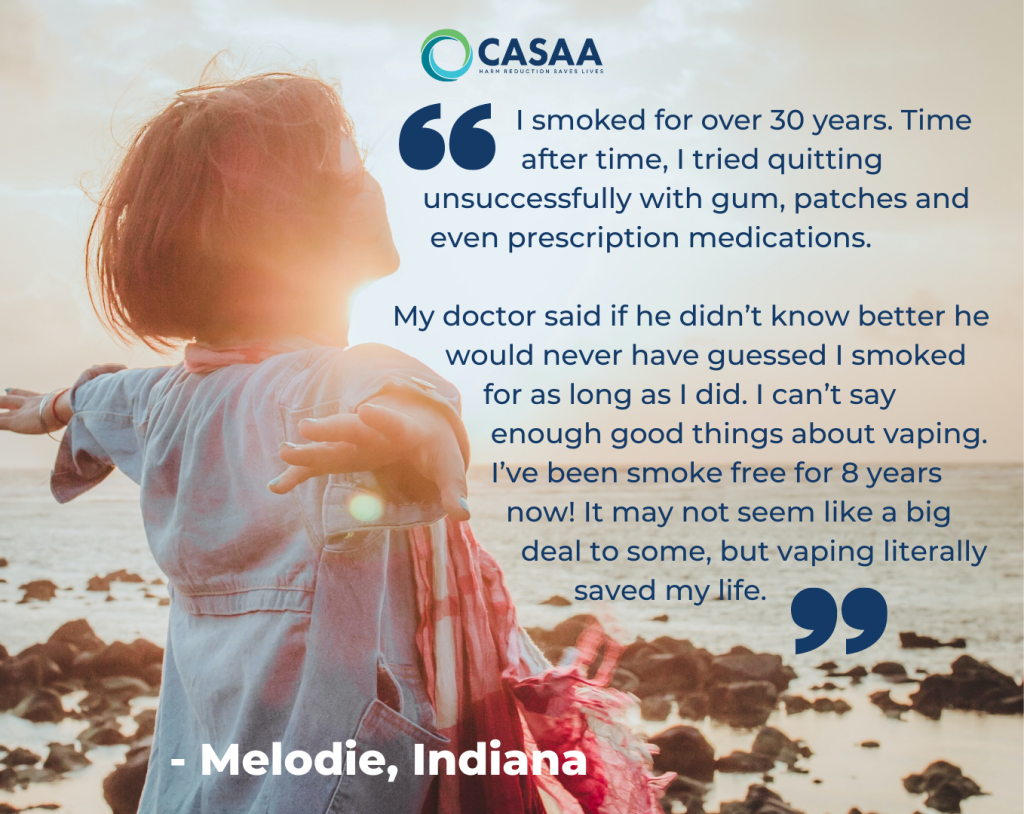 CASAA IN ACTION // Not A Bot

CASAA and CASAA president Danielle Jones are featured prominently in this sympathetic article about the challenges of Tobacco Harm Reduction and vaping advocacy by Dr. Cheryl Olsen (who was also a terrific guest on our CASAA Live show back on March 5th–check it out on our YouTube channel!)

A delightful read by @DrCherylOlson.
“Founded in 2009, it (@CASAAmedia) sprang from an online forum for vaping enthusiasts stunned by attacks from anti-tobacco organizations on a product that had (by plan and by accident) turned them into nonsmokers.
1/2 https://t.co/LJf7eZ6r86

Listen in as the CASAA team speaks with Roberto Sussman about what’s happening in Mexico and the WHO’s influence on vaping prohibition on Twitter Spaces!

Join us this week with @RobertoSussman as we discuss what’s happening in Mexico and the WHO’s influence on vaping prohibition.https://t.co/IVdchXdJAM

Recently, we spoke with Nick “Grimm” Green a very popular social media influencer and a passionate vaping advocate on YouTube, who has used his platform to help thousands of people quit smoking and to spread the word about Tobacco Harm Reduction. We’ll be talking about his history and involvement in the vaping “community” and what he sees for the future of vaping and social media. Plus, the Legislative update!