May 24, 2021 CASAA In Action
Proposed Rules Published; comment period open Starting on May 4, 2022, the FDA is accepting comments on two proposed rules banning the use of flavors other than tobacco in combustible tobacco products. The comment period has been extended to August 2, 2022, and you can get involved by visiting CASAA's Call to Action on this issue.
CASAA'S FDA COMMENT

On Thursday, April 29, 2021, the FDA complied with a federal court order requiring the agency to publish a response to a 2013 citizens’ petition regarding a prohibition on flavors added to combustible tobacco cigarettes and cigars. Specifically, the FDA is focusing on menthol, “the last allowable flavor in cigarettes.” The agency is committing to propose a new product standard banning the use of menthol and other characterizing flavors in combustible tobacco products within one year.

The April announcement from the FDA does not mention the agency’s 2017 commitment to realign its approach to tobacco regulation by focusing on nicotine and investigating the role that harm reduction can play in reducing the early death and disease attributed to smoking. Specifically, the July 2017 announcement noted that outcomes associated with stricter regulations of the manufacture and sale of combustible products can be improved (or even accelerated) if people who smoke are able to switch to safer alternatives.

The availability of vapor products, smokeless tobacco, and other new smoke-free nicotine products is vital to helping people completely switch to low-risk forms of nicotine delivery. It is also critical that these low-risk alternatives to smoking are available in interesting and enjoyable flavors – other than tobacco.

CASAA is opposed to banning menthol in cigarettes, but it’s complicated.

For almost 100 years, menthol has been added to cigarettes to enhance their appeal. From the earliest marketing campaigns, it is clear that menthol is used to soften or mask the sting of nicotine and the harsh flavors associated with burning tobacco. Until the 1950s, cigarette marketers also got away with making claims that reinforced consumer perception that menthol may even have medicinal qualities resulting in a safer cigarette. Menthol, like many other chemicals in cigarettes, is an optional additive that has always been used to sell more cigarettes to more people who otherwise would not start smoking, or may quit smoking regular cigarettes.

CASAA acknowledges that consumer demand for menthol is primarily driven by marketing practices spanning decades and targeting some communities more than others. Specifically, tobacco companies have marketed aggressively to Black, LGBTQ, and low-income communities, even in the face of research showing that these groups are disproportionately more likely to experience negative consequences of smoking due to preexisting health inequities such as, limited access to health care (including systemic prejudice within the health care system), and race- and class-motivated city planning and zoning laws. While there are notable benefits from removing menthol and other flavors from combustible tobacco, such as some people who smoke menthol cigarettes may quit tobacco and nicotine use altogether, a ban does not eliminate consumer demand and it cannot protect consumers from informal sellers and counterfeit products. Pressuring people to purchase goods in an underground market actually exposes consumers to greater immediate risk.

It is tempting to qualify CASAA’s opposition to a menthol ban as conditional. For example, would CASAA support a ban on menthol and other flavors in combustible tobacco products if a variety of safer alternatives are not only authorized for sale by FDA, but promoted by public health officials and the medical community as less-harmful alternatives to smoking? While this may make intuitive sense, it is more of an exercise in threading the political needle than advocating in support of our community.

If sales of menthol cigarettes and flavored cigars are prohibited, most people who prefer, are dependent on, or are addicted to these products will either continue smoking or be coerced into quitting smoking with approved smoking cessation strategies that fail most of the time. Indeed, even the CDC recognizes that quitting smoking can take upwards of a dozen quit attempts using approved methods. While research shows that employing multiple strategies (e.g., nicotine replacement therapy (NRT)+counseling+phone- or SMS-support) increases a person’s likelihood of quitting smoking, prescriptive abstinence-only strategies fail 80% to more than 90% of the time. That failure rate increases with time as less than 5%-3% of people remain smoke-free after one year.

Research into Canada’s ban on menthol observed 59% of people who smoke menthol cigarettes continuing to smoke by switching to regular cigarettes. 19% of people continued purchasing menthol from First Nations retailers or informal sellers. The remaining 20% were smoke free at six-month follow up, but there is no long-term data showing outcomes after a year.

Notably, clinicians, specialists, and nurses are already having discussions with patients about smoke-free nicotine options that are not limited to approved NRTs. These efforts can be more effective if they are formalized and adopted as standard practice. But even if these conditions are met, the idea that brute-force intervention is the best available tool for improving public health in this matter is absurd. While a ban on menthol cigarettes and flavored cigars is promoted as protecting consumers, enforcement at the state and local level is likely to come with violent, harmful consequences experienced disproportionately by the same communities that supporters of the new rule claim to be protecting.

“The FDA cannot and will not enforce against individual consumer possession or use of menthol cigarettes or any tobacco product.”

FDA tobacco regulations are, already, not enforced on individual consumers. This is not an enlightened commitment from the FDA. Rather, FDA’s jurisdiction is clearly limited by the Family Smoking Prevention and Tobacco Control Act (TCA) to manufacturers, distributors, importers, and retailers. This does not change with a rule banning menthol as a characterizing flavor in cigarettes and a ban on flavored cigars.

But the FDA does not operate in a vacuum.

FDA’s recitation of the federal statute does not resolve concerns about state and local laws that do criminalize purchase, use, and possession of tobacco products—by young people in particular. In fact, two-thirds of states currently penalize young people for purchasing, using, and/or possessing tobacco and nicotine products. While we wait for FDA’s new rule, state and local governments are being lobbied to enact their own versions of the proposal to ban menthol cigarettes, laws that will dramatically expand the list of products a person can be cited, fined, arrested, and jailed for selling or possessing.

Manufacture and sale of illicit products is an enduring issue in the United States, and around the world. While much of the underground activity related to tobacco is all about profiting from tax disparities between jurisdictions, the banning of certain products will likely contribute to demand in the informal economy. Again, FDA is just one government agency tasked with enforcing tobacco rules. From the Bureau of Alcohol, Tobacco, Firearms, and Explosives (ATF) down to local police departments, several law enforcement agencies that are accountable to and empowered by state and local governments are tasked with enforcing tobacco laws that are stricter than federal rules. 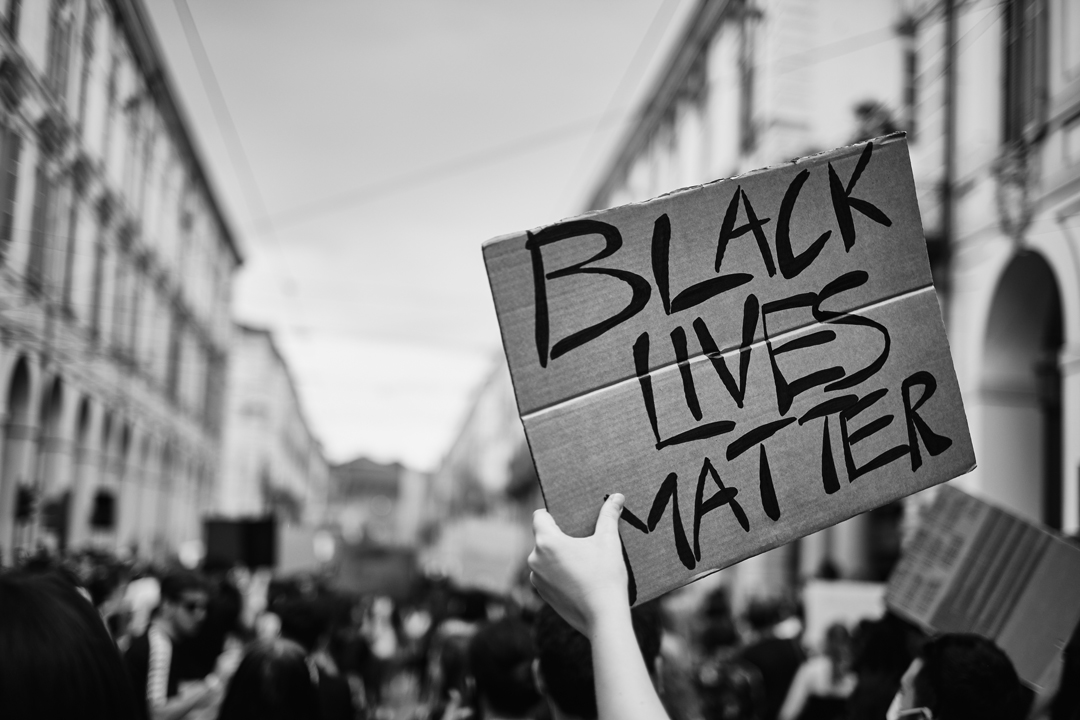 In New York City, which sees more than 60% of cigarette sales occurring in the illicit market due to excessive taxes, the penalties for selling tobacco products without a license are expensive and can lead to more severe consequences. But in between the witnessing of a tobacco crime and the penalty phase, citizens are at an increased risk of imprisonment, injury, or death at the hands of law enforcement. The murder of Eric Garner is just one example of such encounters with police. His death is one of thousands in a reckless, expensive, and racist drug war that has never really been about improving public health.

Today, there are brave men and women in law enforcement who are speaking out against increasing activist pressure to add more substance use-related crimes that officers are sworn to enforce. Ostensibly, a ban on menthol will benefit Black Americans the most by pressuring them to quit smoking, but the prohibition gives police one more directive to be suspicious of citizens’ behavior. This strategy is already failing as a means to controlling any other substance use; there is no reason to assume the outcome will be different based on flavor.

We found an easier, humanitarian way

The rise and rapid adoption of vapor products was the result of a groundswell of consumer enthusiasm for a smoking alternative that a) provides an almost effortless transition away from smoking and b) is enjoyable. The popularity of vaping is also creating interest in other smoke-free alternatives like Swedish snus and alternative nicotine products. To be clear, the nicotine and tobacco industry is in the throes of a consumer revolt demanding cleaner sources of nicotine. Make no mistake: This is a public health victory.

Between 2014-2017, the availability of vapor products is credited with 60%-80% of the increased decline in smoking in the United States, according to a report from the Progressive Policy Institute (PPI). It’s not surprising that recent studies show people who choose vaping as a way to quit smoking are more likely to succeed. In one study, people who vaped in addition to participating in counseling were nearly two times more likely to quit smoking than people using NRT with counseling.

Prior to heavy-handed government interventions, vapor products were increasingly taking away share of the overall nicotine market from cigarette companies. In other parts of the world, Japan, for example, the preference for less harmful nicotine products is gaining popularity as heated tobacco products – marketed with a FDA-authorized modified exposure claim in the U.S. – are gaining market share. Perhaps the best example of population-level adoption of low-risk nicotine products is happening in Sweden where smoking prevalence is below 10%, largely due to a preference for smoke-free snus – a pasteurized oral tobacco product that Sweden regulates more like food than drugs. (There is an imbalance between men and women as fewer women prefer snus. Notably, the industry is able to introduce new products – without having to navigate a prohibitively difficult and expensive authorization process – that women may find more enjoyable.) 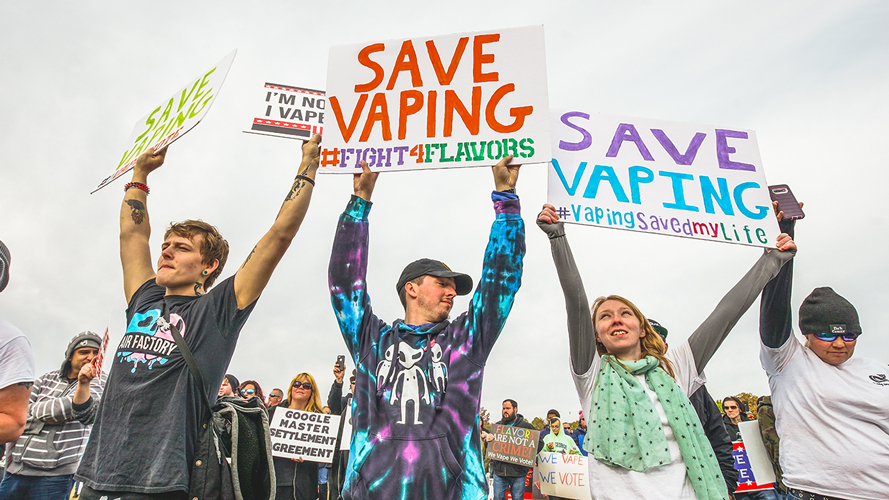 The alternative, nay, the remedy for coercive, anti-social, and inequitable solutions to the global problem of early death and disease attributed to smoking is regulation that allows for and expands the variety of smoke-free nicotine products that people find appealing – more appealing than smoking. The vaping community has already demonstrated that its products of choice are viable and can compete with cigarette companies for market share. Snus and new oral nicotine products have already demonstrated their low-risk profile – even compared to not using them at all – and have proven at least useful to people who smoke in situations where smoking is either prohibited or simply not practical, like air travel. American moist snuff (dip), is also used by millions of people as a safer alternative to smoking – in spite of misleading government-mandated warning labels.

Non-coercive, non-judgemental strategies are available to FDA and health officials, today, that don’t involve exposing people to different, more severe risks. It’s time we stop pretending that the most extreme, headline-grabbing interventions are the only ones available, and put the focus back on what people need rather than where we want them to be.