We’ve been made aware that some lawmakers are refusing to acknowledge the validity of organized consumer campaigns, insisting constituents contact them directly. We won’t let that stop us! (See new note above Action #2.) 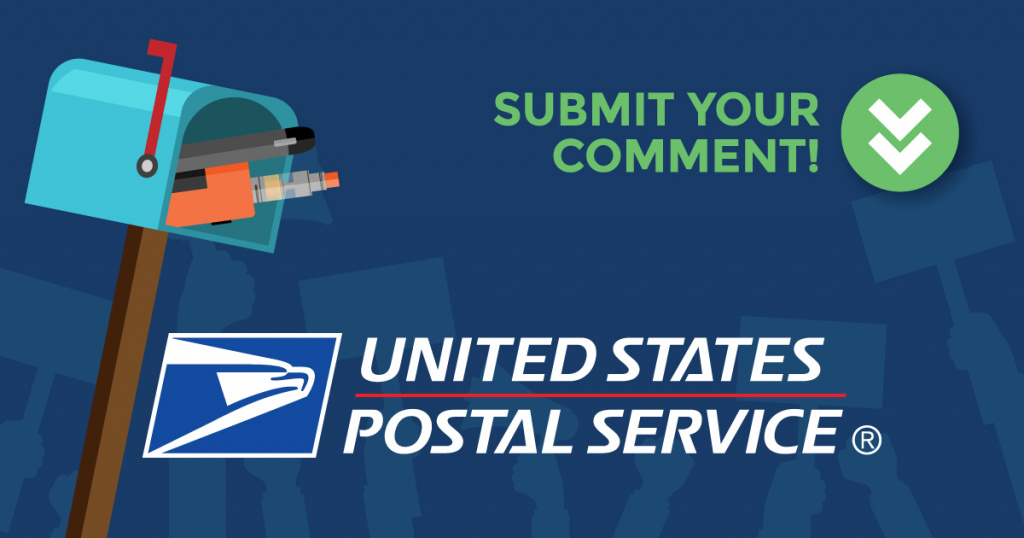 A smoking ban in private residences exempts smoking medical marijuana, but bans vaping products, which are not shown to harm bystanders and actually help people quit smoking, the activity said to be the #1 cause of preventable disease.

Public health groups are using the misleading “no safe level” cliché (nothing is ever really 100% safe) and–without any evidence–claiming a need to “protect residents from aerosols from vaping” in order to ban public vaping, even if the business wants to allow it.

DO MORE: If you live in Colorado, join the CASAA Colorado Facebook Group

Join CASAA CEO Alex Clark, AVA president Greg Conley, Paul Blair and Michael Scanlon on March 9th for a free webinar discussing how and why to submit comments to USPS regarding the “vape mail ban!”

Please join us on Tuesday, March 9th at 2 PM Eastern for a free webinar with @CASAAmedia and others on how businesses and consumers can make their voices heard on the USPS vape mail restrictions.https://t.co/ktF2xdg7Fl #HarmReduction #Vaping

While not mentioned in the article, the new smoking ban ordinance in private residences defines “smoking” to include using #vaping products “for the purpose of ‘circumventing’ the prohibition of smoking,” citing NO evidence of harm and ignoring use to quit smoking!

Smoking ban in private residences that includes low risk vaping, which helps people QUIT smoking, and with no scientific evidence of harm to bystanders, will now kick in March 1, 2022.

Hi @SethRogen,
I don’t know if you heard: #WeHo is considering a total ban on #marijuana smoking & vaping in all apartments, condos (rental & owned) & multi-family dwellings. It’s already banned in public, so it’s close to a de facto ban on smoking #weed.https://t.co/QJfRs53HaV

Public health advocate falsely claims teens “enticed” to vape because of “flavors” when real candy/sweets are much cheaper/easier/legal to buy? Outright lies that vaping isn’t less harmful and – quite laughably – says the term “vaping” was created by the tobacco industry!

For the past year, tobacco prevention specialists at RiverStone Health have offered a tobacco education program to middle and high school students in Yellowstone County. https://t.co/DmwL5qd25s

CDC Tobacco Free has launched a new round of “Tips From Former Smokers” ads, celebrating 10 years of its campaign essentially designed to “scare smokers straight.” Tell us your tips to help people quit smoking & tag it on Twitter with #CDCTips. Then click the link below to add your story to the CASAA Testimonial Project! 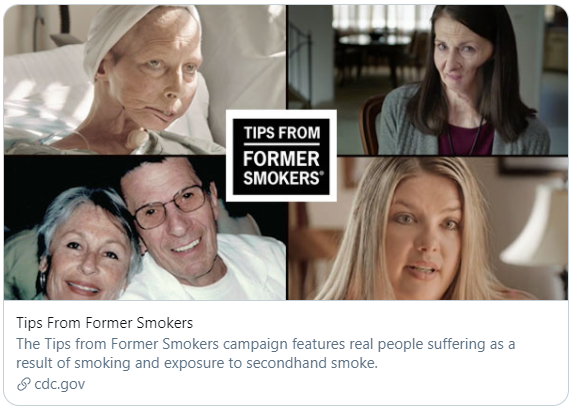 California was at the forefront of recognizing that the war on drugs was a moral and empirical failure. And yet, the legislature has eagerly committed itself to a new war on flavored tobacco.”

READ MORE: California’s voters can save the state from ban-happy lawmakers

In a rare turn of events, a politician seems to have come to their senses about vaping!

After voting in favor of a flavor ban, Green MLA Steve Howard (Prince Edward Island) apparently did a little more research into the topic and decided that flavor bans could be detrimental to public health.

“As far as a harm reduction tool goes, vaping is a powerful tool that we should not be discouraging people from using. And the flavours are a key component to uptake.” Howard now says.

We hope more politicians will finally come to the same conclusion before it’s too late!

New Zealand adult smoking drops from over 30% to under 13%, lawmakers see value of vaping for smoking cessation and studies show there is no “youth vaping epidemic” in New Zealand. However, that’s not stopping them from trying to pass regulations that will reduce adult appeal.

Youth vaping declined 2019-2020 but not cigarette smoking. So FDA’s Youth Tobacco Prevention Plan is a series of actions to stop youth use of tobacco, “especially e-cigarettes.” Shouldn’t that say “especially smoking??”

RESEARCH // Something to Consider

We’ve long said that eliminating a drug doesn’t eliminate the reasons why people started using the drug–including nicotine. If you start banning things to “help people,” be prepared for them to move to alternatives that could turn out to be more harmful!

Comparing the impact of vaping vs. smoking on chemotherapy, Dr. Lurdes Quiemado at the OU College of Medicine has found that vaping–at least when treating some tumors–is “not as harmful as tobacco smoke.”

Catch up on past tobacco harm reduction news with Alex and Logan on the CASAA podcasts. Watch for new episodes every Monday!