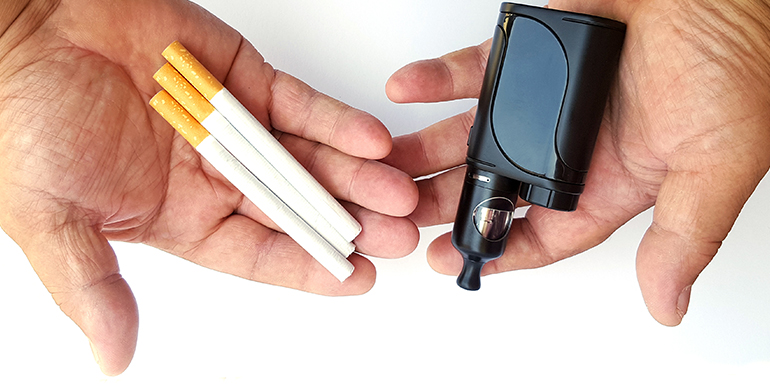 621 and SB 2278 would subject vapor products to a 70% wholesale tax on tobacco products (that aren’t cigarettes) and prohibit direct-to-consumer shipping.

SB 45 would impose a 75% wholesale tax on vapor products (devices and liquids).
This bill has been referred to the Senate Committee on Finance.
TAKE ACTION: Alaska-Stop a Vape Tax and Shipping Ban!

HF 98 redefines nicotine vapor products as “tobacco,” most likely in order to levy a higher tax on the products. Harm reduction products that are helping adults quit smoking should be made more affordable, not more expensive!

Maine appears to be falling like dominoes when it comes to flavor bans. Only MANY CONSUMERS telling their stories to lawmakers at the hearings (first one is Feb. 22nd) will help change their minds. Industry can’t stop these.

A public hearing for the vote will happen on February 22nd.https://t.co/1pWvxBwMAV

Disappointingly, the Portland, Maine City Council voted unanimously Monday night to ban flavored tobacco and vapor products, effective June 2022. Out of just 42 people who showed up to speak on the topic, 26 said they were in favor of the ban.

What do you think about this? pic.twitter.com/X9nAkBLe4A

Fort Wayne City council voted on a change in the city's smoking ordinance. It impacts where you can vape. https://t.co/gnOE7IonSl

The Monterey County Board of Supervisors backpedals on Modified Risk Tobacco Product (MRTP) exemption from the proposed flavor ban after a Health Department supervisor lied to them, saying MRTP–which is an FDA designation only given to products scientifically proven to reduce health risks–is “mostly a marketing designation made by tobacco companies.”

“…this is big tobacco’s attempt to undermine government regulation by utilizing them as harm reduction and we think that’s a strategy for reframing the issue, which is tobacco is tobacco,” — A terribly misguided Michelle House at the @MCHDPIOhttps://t.co/c3dAae8Ywk

While we have yet to see nicotine vaping proven “undeniably harmful” to any non-smokers (esp. when most would likely have started smoking), it’s encouraging to see some researchers agree that propaganda used in a vain attempt to prevent non-smoker uptake is bad for public health.

The article is behind a paywall, but American Vapor Manufacturers did a nice Twitter thread with excerpts.

OUTSTANDING NEW STUDY: Researchers at NYU Grossman School of Medicine find that vaping misinformation has created a *hostile research environment* preventing scientific inquiries into the use of vaping as a harm-reduction strategy. Strong highlights 🧵: pic.twitter.com/HHSd9JKVXz

READ MORE: A targeted approach to using e-cigarettes for harm reduction in adults

Tobacco control zealots are laying groundwork to ban nicotine use EVERYWHERE, because kids “might” be exposed to “residue.” Outrageously, they claim so-called “third-hand smoke” is “very cancer-causing,” without any conclusive research showing causation.

READ MORE: 97% of kids have some level of nicotine on their hands, study shows

Researchers use outdated 2017-19 surveys and a definition of “relapse” as “even one or two puffs” in the past year to disingenuously claim vaping doesn’t help people quit smoking. CASAA has a testimonial database with over 13,400 people who say otherwise!

It’s also fair to point out that 1) anti-vaping propaganda played a huge part in convincing adults that smoking was safer than vaping and 2) most people who turn to vaping report that they had already tried alternative methods many times, so find quitting more difficult than those who quit more easily with gums, patches, etc.

This @CNN story misinforms. Worst, perhaps, is this, from Prof. John Pierce: "There's no evidence that the use of e-cigarettes is an effective cessation aid." Let's hope that was taken out of context; it's obviously false. #vaping #smoking https://t.co/03flYoaykL

Researchers looked only at retail sales data, but flavor bans closed down a great number of adult-only vape shops, which aren’t tracked. The closings forced many adult customers to buy flavored vapes in bordering states, illicitly, or back to smoking!

That this study was designed to support flavor bans doesn’t come as a surprise, because Bloomberg Philanthropies funded it. But the fact that the federal government accepted funds from a political org to produce “science” that supports the goal of that political org? Hmm….🤔

The sentence, "Sales from online retailers and vape shops were not available," is enough to nullify the authors' conclusions, although there were many additional flaws.

HARM REDUCTION // Heat Not Burn Product Will Again Be Available

Tobacco giant Philip Morris International (PMI) will begin U.S. production of heated tobacco product IQOS in the United States, putting the product back on convenience store shelves by next year.

The more low risk, smoke-free alternatives that are available for adults who smoke, the better for public health!

READ MORE: The more low risk, smoke-free alternatives that are available for adults who smoke, the better for public health.

So close to getting it right but…takes a hard left at vaping. It seems Ms. Iellamo has been misled by lies about “flavors targeting children” and EVALI. Plus, even if more non-smokers start vaping, the very low risks wouldn’t outweigh the benefit of millions quitting or never starting smoking.

"Harm reduction is both a principle and practice with the aim of improving the safety of people who engage in potentially risky behavior."

Where's the fine line between harm reduction and harm promotion? Learn more in this week's Yelllow Pad at https://t.co/znX0yq0N4I pic.twitter.com/brc0dfRDEF

Lindsay Fischer, a writer for Oncology Nursing News, and Tiffany Klein, RN, BSN, of the Cancer Treatment Centers of America Atlanta, mislead nurses in order to “change the conversation” about vaping. They not only conflate illicit THC vape risks with nicotine e-cigarettes, they make wildly unsubstantiated claims about both.

READ MORE: Nurses Can Change The Conversation About E-Cigarettes

Australian tobacco control groups have insisted that excessive regulation of vapor products would not lead to a significant black market for vapor products, ignoring the ever-growing black market that already exists for over-regulated and highly taxed tobacco products. Now, even Uber drivers in the country are allegedly cashing in.

Additionally, police in Auburn, New York recently raided a smoke shop selling “marijuana, untaxed cigarettes, flavored vaping products and other items not intended for sale under the public health law.” It’s completely nonsensical that adults who want to buy the flavored products helping keep them from smoking cigarettes are forced into “criminal” behavior!

Prohibition Does not work. @GovKathyHochul https://t.co/JdGHj36aDa

Wrong. If there’s no smoke, then you’re not smoking. Inhaling smoke is what causes nearly all of the health risks, not nicotine dependency. So if vaping ≠ smoking and addiction ≠ smoking, then Switching = Quitting Smoking!

Among the thousands of chemicals found in #Tobacco, #NICOTINE is THAT chemical that makes it harder for users to quit due to its HIGHLY ADDICTIVE nature.

How do you know you are addicted? Here are some symptoms to look out for: