Prefer to listen to your vaping news and updates? Check out this post’s podcast!

SB 45 would impose a 75% wholesale tax on vapor products (devices and liquids) and ban online sales to consumers!

This bill had a hearing on Friday, February 19th at 1:30 PM. Click link below to find out how to fight this!

HB 205, which would ban the possession, use and sale of flavored tobacco and nicotine products, including legal adults, is scheduled for a public hearing on Saturday, February 20th at 9:00 AM MST. Click the link to learn more!

DO MORE: If you live in New Mexico, join the CASAA New Mexico Facebook Group

Thanks to the influence of the American Lung Association, the state Legislature is working on a bill to ban “flavored” vapor products, likely leaving adults who have already quit smoking with only the artificial “tobacco” flavors.

So are flavored nicotine E-Liquids! They save lives including MINE. PLEASE DO NOT SUPPORT VERMONT FLAVOR BAN! I will not vote for you if you do. I am a 32 year old Vermonter who quit smoking with flavored Vapor products. Please don’t send me back to cigarettes!

CASAA is monitoring a few bills & will update the link when actions such as committee hearings and votes are scheduled.

Make sure you are opted in to receive alerts from CASAA so you can take action when these bills start to move! 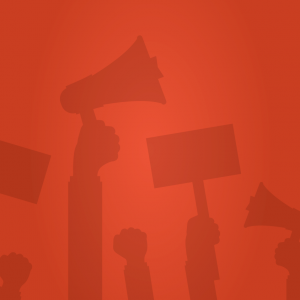 Despite headlines focused on the 17% increased risk from “extreme” vaping, the truth is that just speaking to someone increased risk 44% to 176% and coughing by 259%. Stigmatizing vapers as increasing the risk of COVID-19 to bystanders is alarmist, misleading and disingenuous!

Those proposing vape bans in the U.S. should take heed.

No surprise.
As a smoker, one cannot be forced to quit. It is a personal decision taken after much contemplation.

There was no scientific evidence behind the ban, so one must assume that this was deliberately imposed to benefit "family/friends with ties to the black market. pic.twitter.com/IlQs1Vsadd

Hawaii Health Department administrator falsely claims vapor products contain “alcohol” and “vegetable oils,” but the article doesn’t say if most of the teens are vaping nicotine or THC. Note that Hawaii’s Tobacco 21 law took effect in 2016, then passed nationwide with promise it would reduce youth use.

Unsurprisingly, The Campaign for Tobacco-Free Kids then wasted no time spreading what they absolutely know is a lie.

This Bloomberg-funded prohibitionist organization knows full well that nicotine e-liquids do not contain vegetable oil and that inhaling such a product could be deadly.

They simply don't care if they spread harmful misinformation to the public. #HarmReduction https://t.co/yWAVWh9sbK

Despite the fact most teens state “curiosity” and not “flavors” inspired them to try vaping (and the vast majority who try vaping don’t become “hooked”) and  the fact that the majority of adults who currently smoke or vape did not start smoking with “flavors” and  it leaves adults who already quit smoking (or are still trying to quit smoking) with only artificial “tobacco” flavors as an option, city leaders decide to ban the sale of non-tobacco flavors in vapor products.

But regular tobacco is still cool. Got it

“Public health interventions should be determined by evidence. Not by discredited prohibitionist ideology.”
– Satya Marar

Clive Bates, Director of Counterfactual Consulting and a previous Director of Action on Smoking and Health UK, shares his expert insights on vaping, nicotine, snus and tobacco harm reduction with Drug Science, the leading independent scientific body on drugs in the UK.